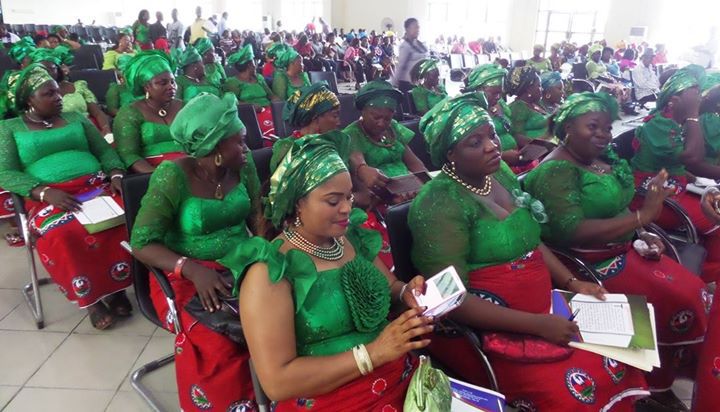 We have observed in the past few weeks that the Federal Government has demonstrated a devious intention to apply the Usman Dan Fodio initiative to transform Nigeria into Islamic state. This is evident in the Federal Government’s desire to establish RUGA settlements across the country. The target is to plant the deadly Fulani herders everywhere and in due course, launch a war on the defenseless land owners, impose Islamic beliefs and doctrines on the various ethnic groups in the country.

We, as mothers of Ijaw nation will not fold our hands and watch our farm lands, creeks, mangroves and swamps taken over by marauding Fulani nomads in the name of RUGA settlements.

As Ijaws, the most ancient of Nigeria’s ethnic nations, our source of livelihood is fishing and farming. If we consider the need for delving into the animal husbandry business, we would of our volition, set up ranches to be managed by our women, teeming population of youths and men.

As a people burdened to provide sustenance for the rest of the country through our natural endowment of huge oil and gas resources these past 60 years, we receive neither appreciation nor respect, but venomous hatred and envy from those who have set their greedy gaze on our precious lands and water resources. To those greedy, ungrateful people we say”despite the fact that the drilling of crude oil has brought temporary pollution to some parts of our land, our farmlands to us remain valuable treasures which cannot be traded for gold”.

The activities and antecedents of the Fulani herdsmen have caused many to wonder whether Nigeria is indeed, a country run under internationally accepted laws and norms including respect for the diverse ethnic nations cobbled into this union.

It is truly astonishing that Fulani herdsmen have killed, raped and perpetrated other injurious atrocities on neighboring ethnic nationalities, without any of them being arrested nor made to face the wrath of the law even when they accept responsibility for their heinous acts.

The ill gesture of the presidency (as regards the activities of the herdsmen) upholds the view that the Fulanis are considered a superior ethnic group compared to others: This is evident also, in the reality that every sensitive and critical position in government today, is occupied by a Fulani.
Consequently, all the security apparatus are under the control of the Fulanis.

At the expiration of the first tenure of the president, Nigerians were promised a ride to a ‘next level’ if president Muhammadu Buhari is voted in to serve for a second term. With the promise of this next level upgrade, we expected the president to strive to activate the 16 point agenda presented to his administration by the Pan Niger Delta Forum PANDEF and the Niger Delta Avengers in 2016, as a condition for the peace and prosperity enjoyed in the country. We also expected the president to pursue the implementation of some projects relevant to the development of the Niger Delta. We are however, surprised that the first step taken by the presidency in the ‘next level’ is the plotted sly establishment of RUGA settlements across the country. Most annoying to us is that, cattle rearing (the sole purpose of the RUGA) is a private business that is of benefit mainly to the owner than the country.

We wonder why the Federal government is bent on using funds sourced mainly from Ijaw territory, to promote individual businesses that favour the President’s tribesmen, the Fulani.

We, the Ijaw Women Connect (IWC) reject the planned establishment of RUGA on our land. However, if the federal government deems it necessary for such settlements to exist in the country, these settlements should be built in, and limited to the northern part of the country. After all, the north has more land than the Niger Delta.